Small sculpture and statement presented to Nelson Mandela upon his visit to the University of Maryland:

In discussions of “peace” and “reconciliation”, these words often become platitudes, desirable, but meaningless. What is omitted from the debate is an understanding of the mechanics or the properties of lasting peace.

It is not surprising that the lack of conflict is often mistaken for peace.

The search for peace is futile, because we are looking for the wrong thing. If we seek peace, we can at best, hope for a truce. Meaningful peace is simply a fortunate by-product of a diligent quest for justice. It is this necessary struggle inherent in the quest for justice that I seek to honour.

A little more than a year ago, I visited Robben Island, the infamous former prison off the coast of Cape Town. For the latter half of the twentieth century it exclusively housed political prisoners, the most prominent of whom was Nelson Mandela. The primary activity was the quarrying of limestone on the island. The activity was extended into the bleak prison courtyard, where the inmates would reduce the rock to even smaller pieces with four-pound hammers. To many of the younger political prisoners, this courtyard was considered the “Finest University on Earth” because of their proximity to the greatest political minds of the Southern African subcontinent.

This cliched prison activity of breaking rocks can be seen as a metaphor for steadfastness and resolve, facing nearly impossible odds, the act of breaking the rocks symbolizes the sacrifice and struggle to overcome those odds. For this reason, I chose shards of limestone as the primary material for this piece. Once broken, the rock cannot be reconstituted, even if all the pieces are put back together, the change is irreversible. The collection of fragments, tightly bound together, illustrate both transformation and unity. The forged steel loop represents the will of those who refused to see their situation as hopeless or their position as inferior. 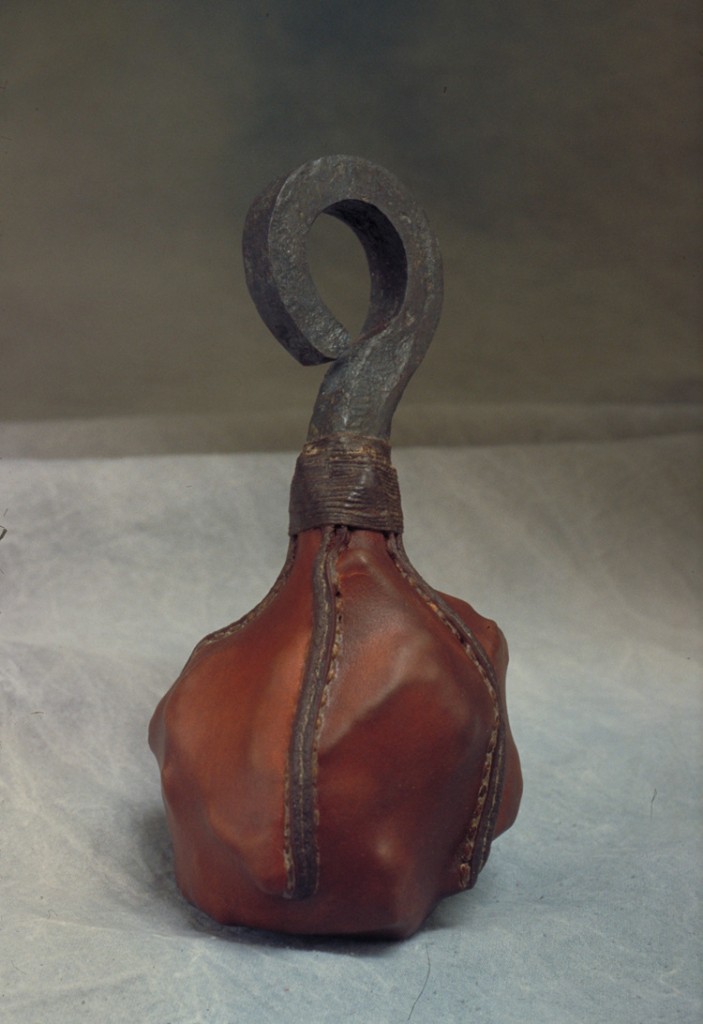